Janis and Josef – A love story

Janis and Josef – A love story

Helping residents come to terms with grief is an important part of what we do. Recently our Reservoir home said farewell to Josef, dearly loved partner of Janis.

After more than four decades of life and love together, Janis is in deep mourning, but reminiscing about Josef is helping to ease some of her pain.

So Janis has helped us to write down some of their love story, and wants us to share it with you. 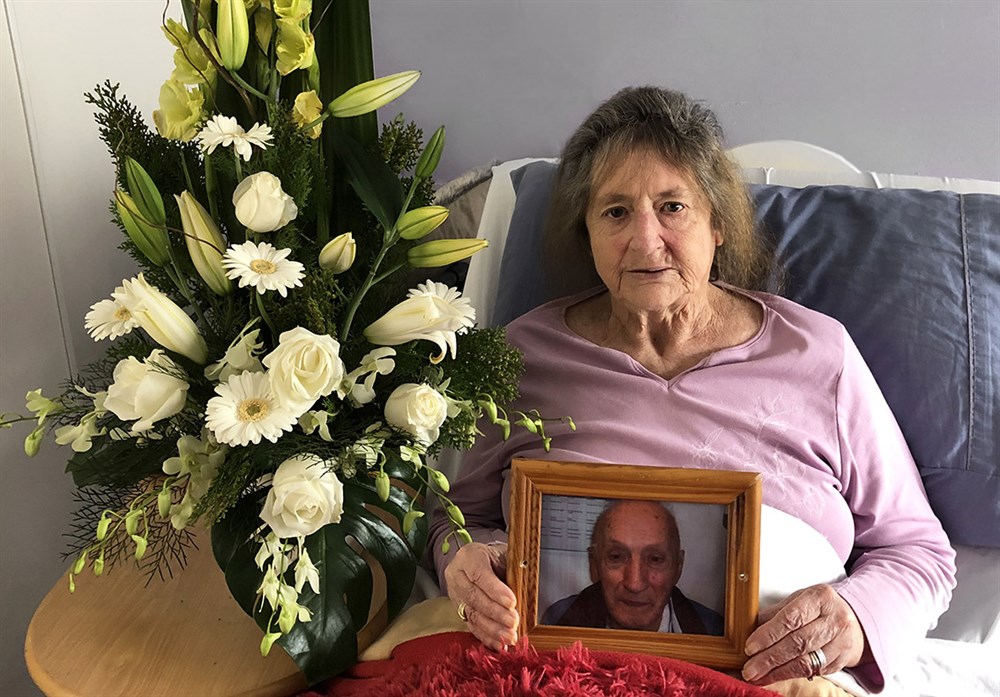 Josef was born in Strumica, Macedonia in 1939 – the youngest of five siblings. As a young teenager, around 14-15 years old, Josef embarked on a very brave adventure for someone so young - and emigrated to Australia alone.

Josef met and married his first wife Anna and the pair had three children together - daughter Sophie first, with sons Vasil and Tony following soon after.

Josef was a devoted and caring father, but unfortunately Anna did not turn out to be the great love of his life, and the couple divorced.

Not long after, a second chance at starting a true love story began.

Janis was born and bred in Australia, living in the northern suburbs of Melbourne all her life.

With a penchant for classical music and romance novels, it’s not surprising that she took so happily to the dance of courtship.

It all began while Janis was working in the accounts department at the old Preston & Northcote Community Hospital, and Josef was working as a bus driver on the popular Bell Street route.

Janis was a regular traveller on Josef’s bus. On the day that she caught his attention, Janis was wearing a red and white mini skirt, and she tells how Josef could not keep his eyes to himself, or the smile off his face.

From that time on Janis would sit at the back of the bus, keeping herself in view of the rear-view mirror, so Josef could look at her while he was driving.

Josef eventually built up the courage to ask Janis out on a date to a soccer game - and the rest was history.

The romance blossomed, and Janis would take sick leave from work, just to ride the bus so she could be close to her man.

A partnership full of fun

When asked what attracted her to Josef, Janis says his personality won her over.

The couple were inseparable, happily working and living life together.

With a shared love of music and dancing, the pair were regularly seen dancing the night away at the local Macedonian club.

During the day, they operated the popular ‘Macedonian Coffee Bar’, which was located on the corner of Hight and Spring Streets in Thomastown.

The Coffee Bar essentially catered to men at the time, who would come and play cards while enjoying a nice hot brew.

Unusually, Josef’s first wife Anna and Janis were very good friends, and Anna would often be seen sharing a coffee while sitting and chatting with Janis at the Coffee Bar.

Former Prime Minister, Bob Hawke would also occasionally pop in for a coffee - as his office was just next door.

Spending quality time together continued to be a hallmark of their relationship, with frequent bayside holidays in Frankston as well Phillip Island where they looked forward to the Penguin Parade.

They were also fortunate to travel abroad. One of their favourite trips was to Josef’s homeland, Strumica, where they spent three months exploring the city together.

Janis says that a good night in for them was an evening spent together after a nice meal watching a good movie.  And a lovely night out for them was dinner and a couple of glasses of wine somewhere nice.

For 44 years Josef and Janis were fortunate to enjoy the special magic of having a devoted partner in life and love.

In 2016, Josef moved to Mayflower Reservoir and quickly became part of the family. Janis continued spending her days by his side, helping Josef to settle into his new home and surroundings quickly.

Janis moved to Mayflower two years later in 2018, and is equally loved by our team.

Together, they were an incredible couple - active and vibrant members of the community who attended all the social activities and were appreciated for their personality and humour.

Today, the care team is focussed on supporting Janis through her time of grief and they are doing as much as possible to ease her pain. This includes spending time reminiscing about Josef, ensuring that Janis stays in touch with his wonderful children and encouraging her to join in small group activities, in which Janis seems to keep winning all the chocolates.

Pictured above: Janis and Josef enjoyed travelling together. One of their favourite trips was to Strumica, Macedonia, where they spent three months exploring the city together. 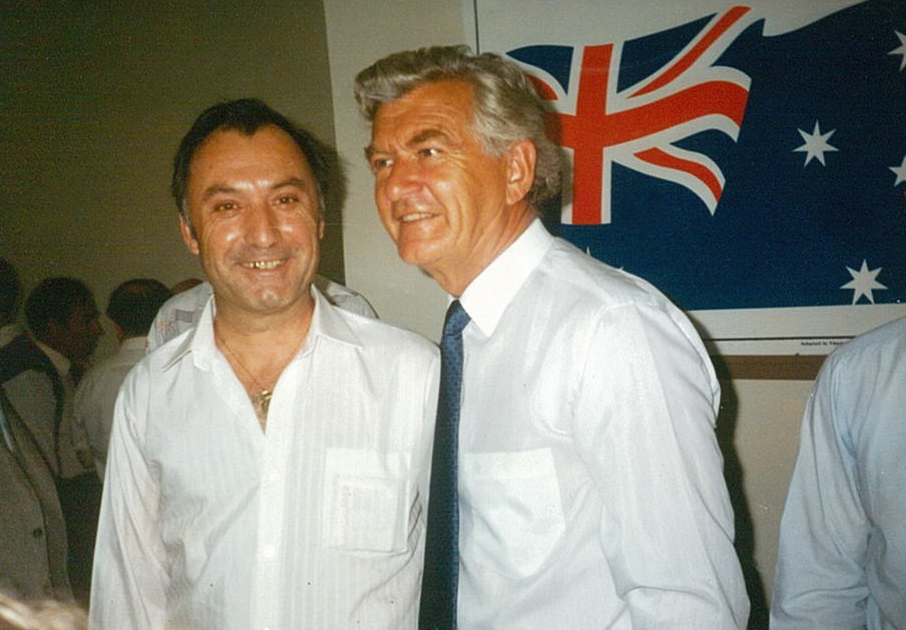 Pictured above: Josef with Former Prime Minister Bob Hawke, who would occasionally pop in for a coffee as his office was next door to the Coffee Bar.

Pictured above: Janis and Josef enjoyed spending quality time together and with loved ones. 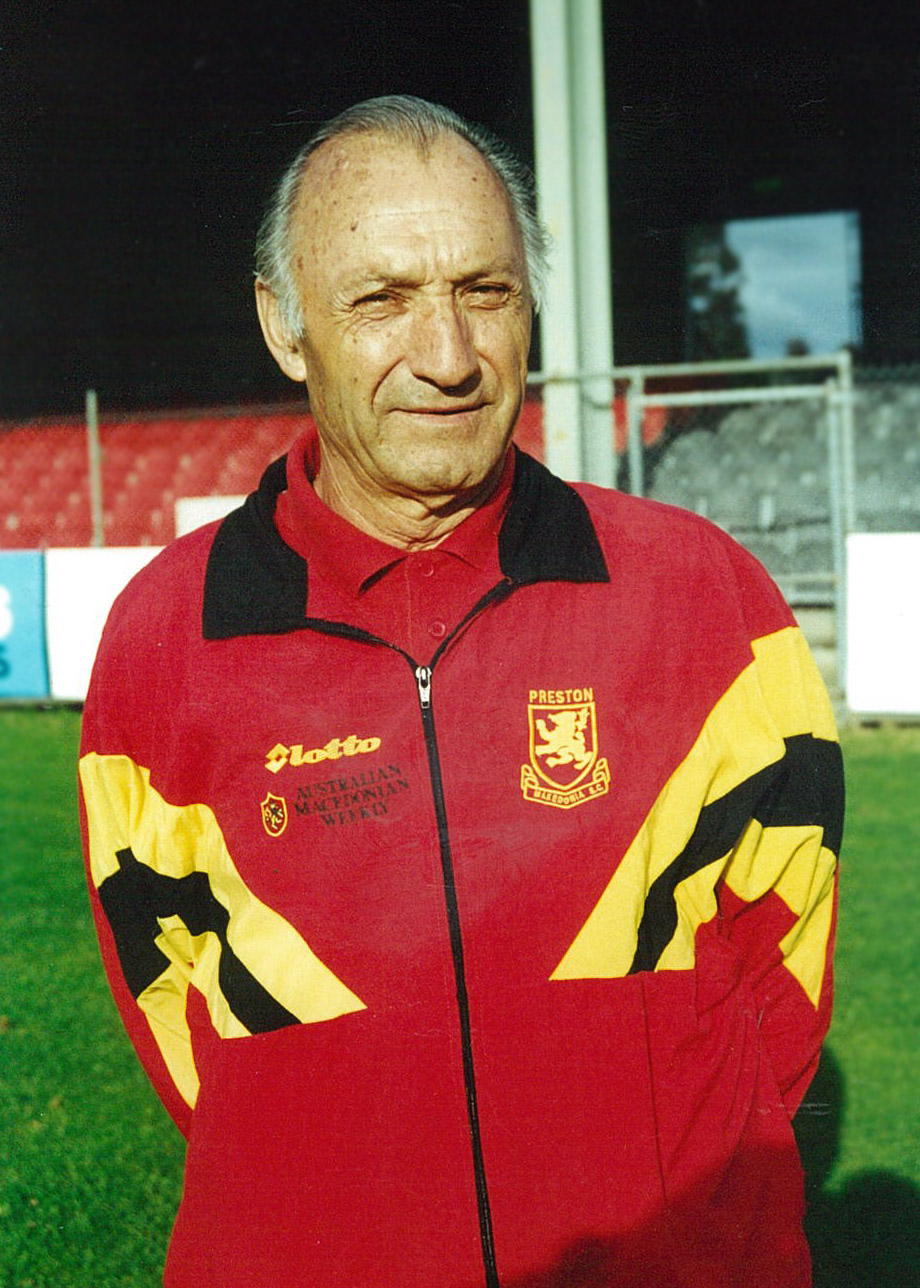 Pictured above: Josef loved the game of soccer and played the ‘striker’ position with the Preston Macedonian Soccer club every Sunday, and also acted as coach for the club.  Josef was also a fan of the AFL, and was a passionate Collingwood supporter.

Pictured above: Josef in early 2020, with lifestyle coordinator Helen, before Covid made getting out and about difficult. This lovely photo was taken during a trip to the Blue Lotus Water Garden.