Our Board of Directors

Mr Mutton was appointed to the Board of Mayflower in 2003 and was appointed Chair of the Board in October 2020, following two years as Deputy Chair. Mr Mutton has over 30 years of experience in the aged care sector. He held senior roles with Aged Care Victoria (ACV) and the Victorian Association of Health and Extended Care (VAHEC) which was formerly the aged care peak body in Victoria, and was previously Chair of Edith Bendall Lodge. Mr Mutton is currently managing director of City Fresh Wholesalers Pty Ltd. In 2021, Anthony completed a Governing for Not-For-Profit Excellence program with Harvard University. 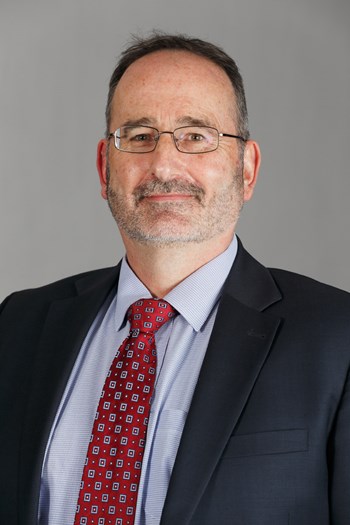 Mr Reside was appointed to the Board of Mayflower in 2017. He is the current Deputy Chair of the Board. Mr Reside is a senior executive with more than ten years’ board experience in the not for profit sector. He also has significant expertise in governance, compliance and communications, having consulted to associations, local councils and statutory authorities for more than ten years. Mr Reside is currently the CEO of ralac, a community housing and aged care provider based in Melbourne’s eastern suburbs and was previously the CEO of Abbeyfield Australia Ltd, a nationally registered community housing provider, and director and president of Wyndham Lodge Community Aged Care Inc. 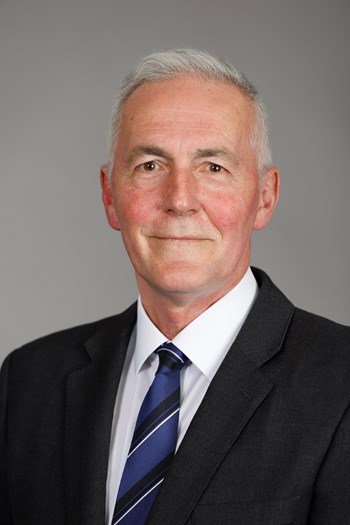 Mr Chikitch was appointed to the Board of Mayflower in August 2022 and is a member of the Planning and Development Committee. Mr Chikitch has more than 25 years’ experience in senior executive positions in not-for-profit organisations operating in Australia and oversees, across the aged care, seniors living, social housing, in‑home care and tertiary education sectors. Mr Chikitch brings strong expertise in service planning, project design, development, construction, and asset management, and is currently managing several major social housing developments for St Vincent de Paul Society Victoria.

Mr Marinelli was appointed to the Board of Mayflower in 2015, and is Chair of the Finance, Audit and Risk Committee and a member of the Planning and Development committee. Mr Marinelli is an executive general manager with more than 25 years’ experience including senior finance roles at Nazareth Care, Arcare, Catholic Homes, and The Alfred Group of Hospitals. He is currently undertaking short term accounting projects for various organisations.

Ms McGinnes was appointed to the Board of Mayflower in October 2022 and is a member of the Clinical Governance Committee. Ms McGinnes is currently a senior executive with Alfred Health and has 30 years’ experience in strategy, policy and public affairs. Ms McGinnes has worked as an executive and consultant for public and private organisations including V/Line, WMC, Alumina Limited, Port of Melbourne Corporation, Australia Post and ANZ. She has also lectured in the University of Melbourne’s Master of Global Media Communication program and was a director on Mentone Girls Grammar’s Fundraising Board.

Mr McIntyre was appointed to the Board of Mayflower in 2012, and is a member of the Finance, Audit and Risk Committee. He is the former Chairman of Bayside Community Information and Support Service Inc., a major provider of community support in the Bayside area. Mr McIntyre has more than 30 years’ experience in marketing, strategic and corporate planning, business analysis and M&A including senior roles with Rio Tinto Australia and Bovis Lend Lease prior to his retirement.

Ms Petrocco was appointed to the Board of Mayflower in 2020. Ms Petrocco is the Manager of Regulatory Response and Projects with Australia’s largest insurer. She is also Victorian President of the Australian Insurance Law Association. Ms Petrocco is a trained mediator and was also admitted to the Supreme Court of Victoria. She has over 20 years of management experience and has worked in various industries including finance, media, insurance and law.

Ms Stolp was appointed to the Board of Mayflower in 2020 and is the Chair of the Quality and Clinical Governance Committee. Ms Stolp is a CEO with more than 28 years’ experience in clinical governance, quality, strategy and risk management. She has a Masters in Health Service Management and is a Fellow of the Australian College for Health Service Management. Ms Stolp is passionate about workforce redesign and innovation to enable delivery of person centred care. Ms Stolp is currently CEO at The Bridge Inc, a disability services provider. She is also completing a Masters of Business Administration with Swinburne University. 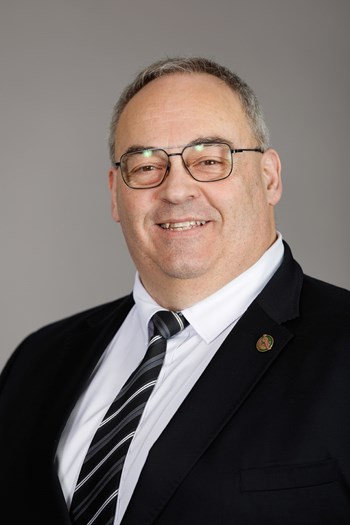 Mr Tenaglia was appointed to the Board of Mayflower in August 2022 and is a member of the Finance, Audit and Risk Committee. Mr Tenaglia is a highly skilled professional with over 30 years’ experience in leadership, strategic management, risk management, project management, fraud investigation, and human resources — within the public, private and tertiary education sectors. Tony currently works for IAG Australia in their Compliance and Regulatory Engagement (CARE) Team. His role focuses on the ongoing development of IAG’s CARE strategic directions and future business plans. Tony was previously the Chief Executive of the Australian and New Zealand Intensive Care Society. 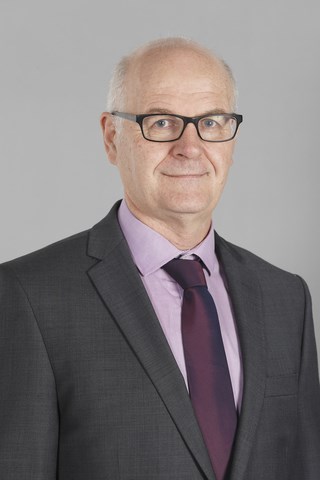 Ms Phillips joined Mayflower in 2022 as Executive Director - Quality, Risk and Compliance, and is responsible for managing quality, risk and compliance across the business. Ms Phillips is a Registered Nurse with more than 15 years' experience in aged care, including as an assessor at the Aged Care Quality and Safety Commission and as an aged care complaints investigation officer at the Department of Health and Ageing. Most recently, Ms Phillips worked for Allity and Lifeview Residential Aged Care as Executive Manager and Clinical Governance Consultant. Above all Ms Phillips is passionate about promoting quality care and services to meet the residents’ needs in the best way possible.

Ms Dunn joined the Mayflower Group in 2018 as Executive Director – Aged Care and Seniors Living and is responsible for all elements of Mayflower’s residential aged care, seniors living and home care operations including strategic development of the business. Ms Dunn is a Registered Nurse and Midwife and has more than 20 years’ senior experience managing aged care and hospital facilities for Mercy Health, including 4.5 years as Clinical Director Aged and Community Care where she was responsible for 3000 beds and many thousands of residents and family members. Ms Dunn is a former director of annecto, a not for profit aged care and disability community care network and was also previously on the board of Caroline Chisholm Centre for Health Ethics.

Ms Stobart joined Mayflower in 2022 and is responsible for ensuring Mayflower has the organisational and workforce capacity, capability and culture needed to achieve its strategic goals. Ms Stobart is a human resource professional with more than 15 years’ experience in enhancing organisational performance through people, across the not for profit, private and public sectors in Australia and overseas, including at the YMCA and the Australian High Commission in Singapore. Ms Stobart is passionate about enabling people to become a true point of difference – where their collective efforts set them apart from the competition.

Ms Boekhorst joined Mayflower in 2016 and is responsible for building Mayflower’s brand and reputation, and providing evidence-based insights to address strategic business problems. Ms Boekhorst is a senior strategist with more than 20 years’ experience across the aged care, healthcare, finance and property sectors, specialising in market intelligence, brand management, and strategic advice, including senior roles with Development Victoria and Australian Unity. She has postgraduate qualifications in marketing, and is passionate about enhancing the customer experience.

Lady Marigold Merlyn Baillieu Southey is the younger daughter and fourth child of the late Sidney Myer and Dame Merlyn Myer. She was educated at St Catherine’s School and Melbourne University. Marigold married Ross Shelmerdine in 1950. They had four children, two sons and two daughters. They were restaurateurs, entrepreneurs, and built and owned the Mitchelton Winery complex at Nagambie in 1973. Ross died in 1979.

In 1982 Marigold married Sir Robert Southey, a company director and Chairman of the Australian Ballet. Sir Robert died in 1998.

Lady Southey was a director of the Myer Family Companies from the mid 1950s until she retired in December 1999. She was Vice President of the National Stroke Foundation, and was a former President of Philanthropy Australia and President of the St Catherine’s School Foundation in the 80s and 90s. She served eight years on the Board of Orchestra Victoria, and is on several committees of the Myer Foundation.

Lady Southey was made a Member of the Order of Australia in 1999 for her service to the community in the support of health care, medical research and the arts and received the Centenary Medal in 2000. On 1st January 2001 Lady Southey was appointed as the 12th Lieutenant Governor of Victoria. In 2006 she was made a Companion of the Order of Australia (AC). She retired as Lieutenant Governor in April 2006.

Lady Southey has been our Patron at Mayflower since 2002 and we are very grateful to her for her active and ongoing support.