Everyone was eager to put on their dancing shoes, as they celebrated the 200th anniversary of Greek Independence.

It was on 25 March 1821, when Greece officially declared its independence and began the revolution that would eventually give the nation its freedom after 400 years of rule.

Greeks throughout the world are celebrating this 200th year anniversary with year-long events, showcasing arts and other cultural presentations.

At Reservoir, residents celebrated the day with a morning of Greek dancing, followed by traditional Greek coffee, Greek sweets, and a special reading about the significance of the day. 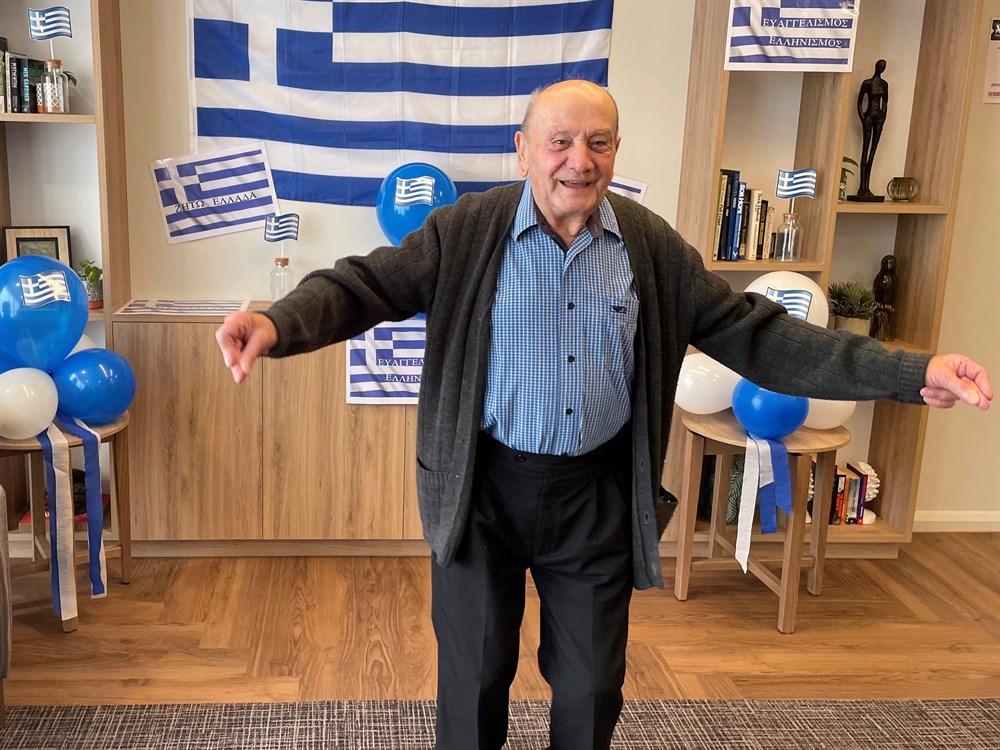 Lifestyle Coordinator, Helen, presented the reading, which had a special meaning to her.

“My mum and dad emigrated from country towns in Florina, Greece,” says Helen, “so I’ve celebrated this special day every year of my life.”

Helen says that March 25 is a double celebration for Orthodox Greeks.

“March 25 is such an important day, as it commemorates the start of the Greek Revolution as well as the annunciation of the Virgin Mary,” says Helen.

“On 25 March 1821, Greek revolutionaries commenced The War of Independence against the Ottoman Empire. This 8 ½ year war was a success, and continues to be celebrated around the world today,” she says.

“March 25 is also the day that we honour the announcement, by the Archangel Gabriel to the Virgin Mary, that she will conceive, and bear a son.”

Many of the people living at Mayflower originate from different cultural backgrounds - and celebrating each of their cultures is as important to Mayflower as it is to them.

“I aim to ensure all religions and denominations are catered for, to help boost residents’ sense of worth and belonging, that is reminiscent of their culture, faith and personal history,” Helen says.

But the celebration wasn’t just for Greek residents – our cultural celebrations aim to give everyone the opportunity to try and taste something new – with everyone joining in on the fun. Opa!