Congratulations to Mayflower resident, Beryle Foster, who received an Order of Australia (OAM) medal on Australia Day for service to women in Victoria. In the Australian honours system, appointments to the Order of Australia confer the highest recognition for outstanding achievements and service. 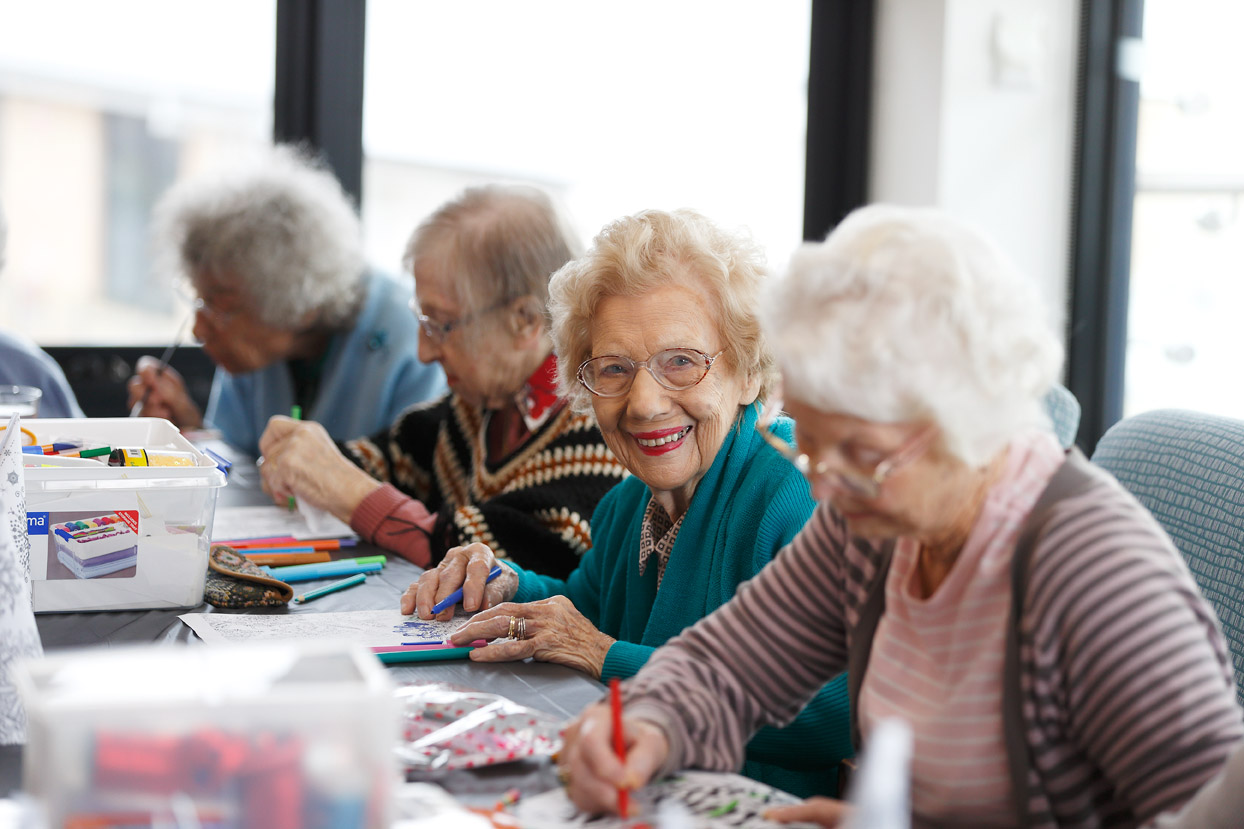 Beryle is a fiercely proud Australian, having joined the WAAF when she was just 18, and serving her country from early 1944 until 1946. Beryle worked as a clerk in the headquarters office of No.5 Operations Training Unit which was led by Wing Commander W.E. Townsend. He was a highly decorated pilot who returned from England after the Battle of Britain.

In 1947 Beryle married the love of her life, a wonderful man named Tom. Together they moved to a farm along the Murray River on the NSW side about 20 minutes out of Swan Hill. They were blessed with 5 beautiful children including twins, where one later went on to have her own twins. Sadly, Tom passed away when he was only 66 years old, after 42 wonderful years of marriage.

Beryle has generously given her time over the years, serving in numerous community organisations including the Country Women’s Association, the National Council of Women in Victoria, the League of Women Voters, Penquin Club, her local church as well as the first female Councillor on the Swan Hill City Council from 1969-1972.

At age 45 Beryle was presented to the Queen and Prince Phillip in Swan Hill, but her OAM is one of her happiest moments.

“I have been very proud of my achievements and the awards that I have received over the years, but I am absolutely humbled and overjoyed to have been nominated and awarded the Order of Australia Medal (OAM)” said Beryl.

“I am not sure who nominated me but a big thank you to the Governor and everyone else for this wonderful honour bestowed upon me. I have had many calls congratulating me for which I am extremely thankful. I thank you all from the bottom of my heart. I feel blessed to have lived such a full and rich life and I have so much to look forward to in the future.”

Everyone at Mayflower is absolutely thrilled to see Beryle receive her Order of Australia Medal in recognition of her achievements throughout her amazing life. We have listed them below along with her awards and feel honoured to have Beryle in the Mayflower community.