There is something so special about the way music resonates and stays in our memories as we get older.  At 92 years young, and no remaining eye-sight, Delli still finds a way to spend time with her first love – playing music on the grand piano.

Delli started playing piano from a young age as a child and attended a classical ‘piano school’ in her birthplace, the City of Baku of Azerbaijan within the USSR.

As Delli grew into an adult she met the love of her life Levon, at age 20, and the two were married in 1948. Two years later Levon and Delli welcomed their first son Garry, and then another 4.5 years passed when they welcomed their second son Valeri into their family.

As the children became more independent at age 10 and 15, Delli felt the lure of music once more and chose to attend the Academy of Musicto study Piano Concert Mastery, which she completed in 1965.

Delli dedicated many years of her life to National gymnastics and callisthenics, travelling extensively with the National team around the USSR as a professional leading piano musician to ensure they had the right musical accompaniment for their routines during competitions.

In 1996 Delli was honoured with the medal ‘Veteran of Labour’ which in the time was awarded to honour employees for their long-term dedication and commitment to the national economy, sport, sciences, culture, and education, amongst other industries.

Sadly, her husband Levon passed away in 1971 and then in 1989, Delli escaped her hometown Baku as a refugee to the City of Saratov due to the ethnic tensions in Azerbaijan against the Armenian population. Meanwhile, in the same year, son Valeri and his family immigrated to Australia to join his elder brother Garry in Melbourne, whom migrated with his family from Baku in 1978.

Music was always a big part of home-life, and Delli would gleefully play a few tunes for friends and family at special gatherings and would practice for work by playing whenever she had a chance.

The music gene was shared amongst Delli’s siblings, with both her brother and sister attending higher tertiary education establishments in music. Delli’s brother Rudolf played the violin beautifully in a grand orchestra before moving into teaching at a school of music in Moscow, and sister Nelly also shared the same passion as Delli, playing classical Piano with gusto and precision.

Delli did her very best to ensure the love of music was passed on to her children, with her son Valeri attending violin lessons from age 6, but Valeri had other ambitions. He wanted to be a professional guitarist, so he would deliberately play the strings of the violin incorrectly so that his parents would stop taking him to lessons! But all was not lost, from age 10 Valeri self-taught himself guitar and when he was 15 formed a band where he was able to live out his dreams singing and play his guitar.

For many years Delli loved playing songs from the 1964 French musical film ‘The Umbrellas of Cherbourg’ (French: ‘Les Parapluies de Cherbourg’) and would play each piece beautifully and would play many other multinational melodies, particularly those from German, French and Spanish ensembles.

Delli retired from work in 2003 and soon after moved from Saratov to Melbourne permanently to live closer to her sons.

At 92 years young, and living with complete blindness, Delli finds it a little more difficult to recall the notes of her favourite melodies.

Valeri visits often and plays classical pieces his mother has always known and loved, to make sure her memory of these favourite pieces remain alive and intact. Valeri encourages Delli to play these same familiar melodies on the grand piano in the Ian Rollo Currie Lounge.

As we watch her video we can take a moment to appreciate Delli and all that she has conquered, while she plays the Spanish melody ‘Besame Mucho’, best known for being sung by Andrea Bocelli for us all to enjoy. 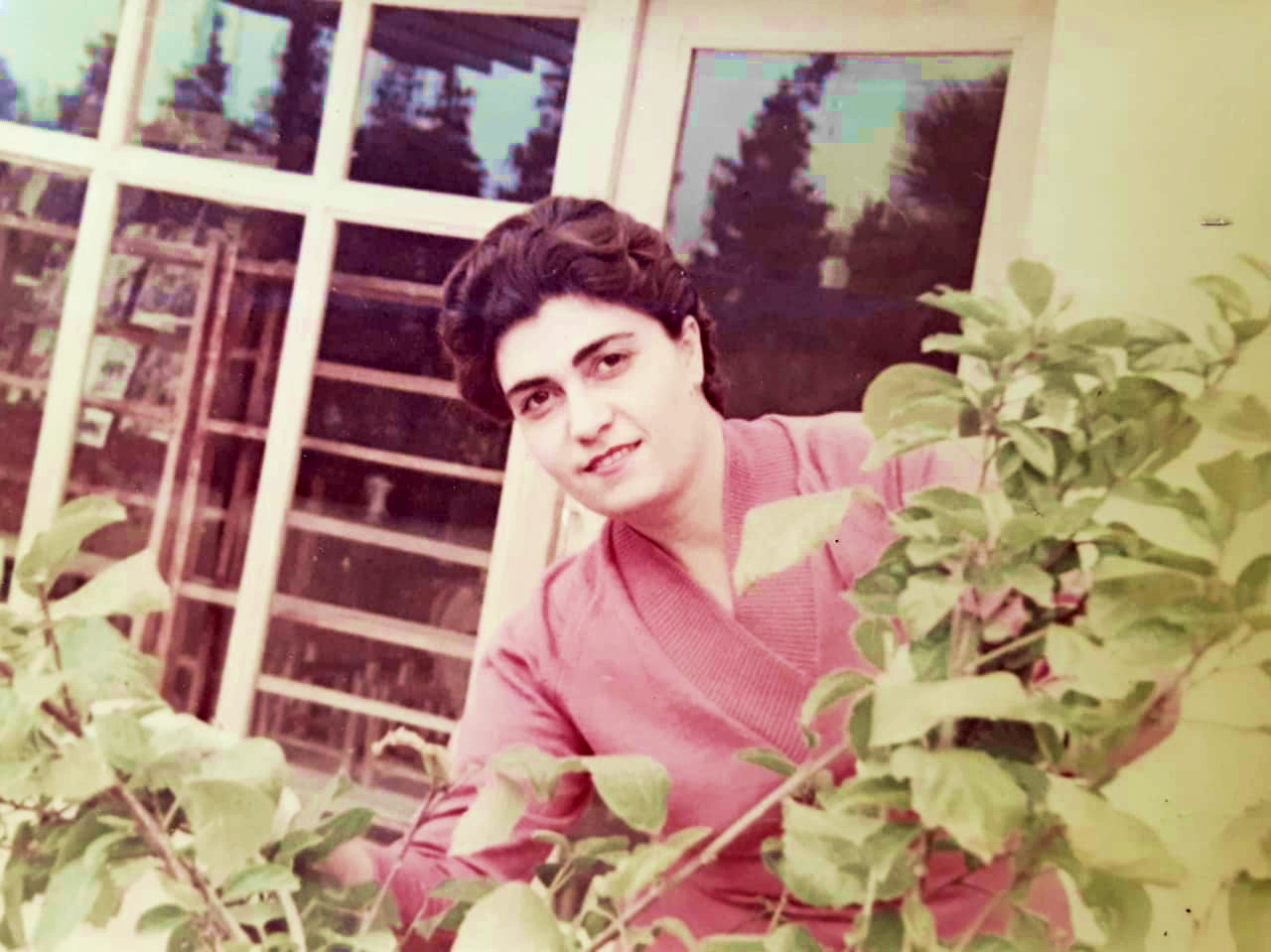 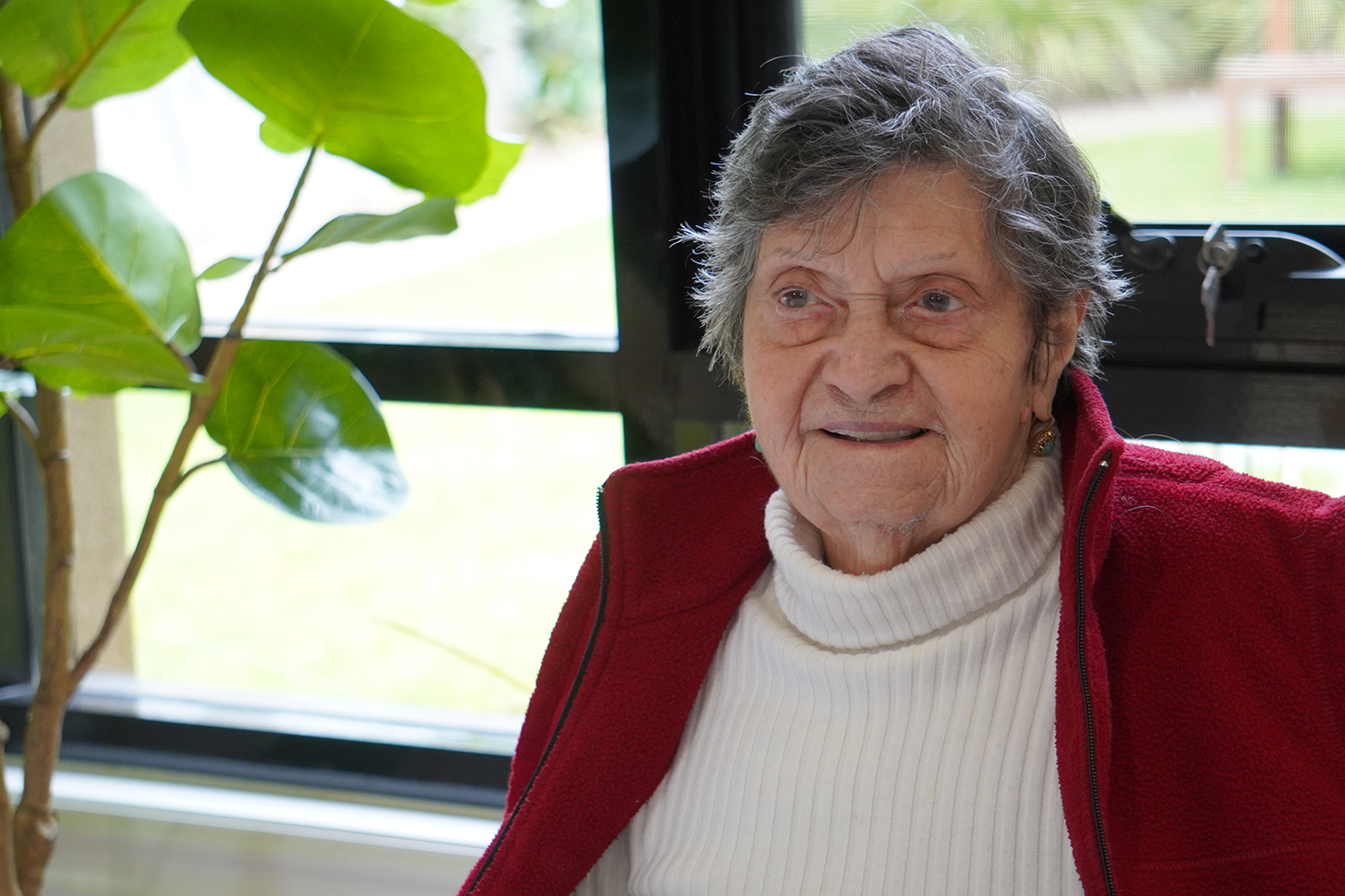 Pictured above: A very recent photograph of Delli, looking ever so radiant!