Joe Parnis grew up in Sliema, Malta, a town filled with churches. This once quiet fishing village plays host to the oldest Catholic Church, Stella Maris, which dates back to 1855. 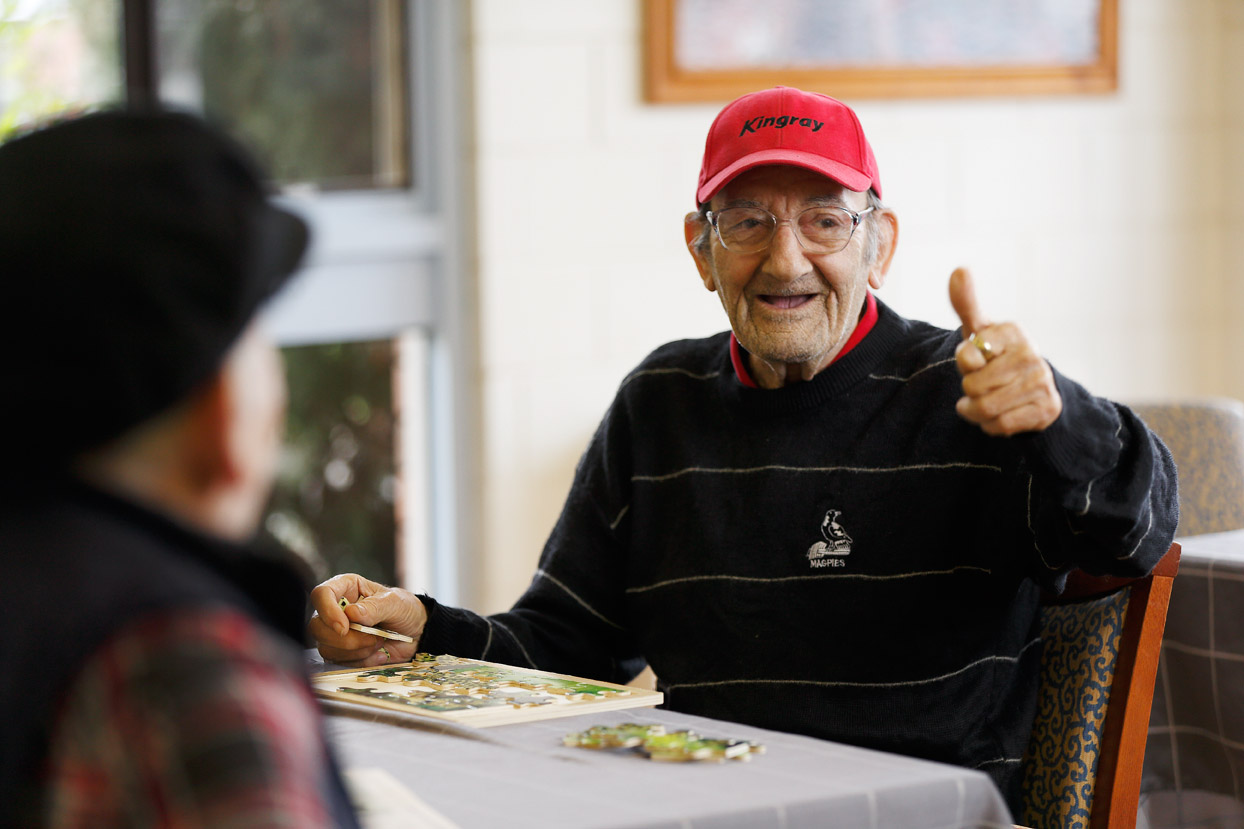 Joe was born in 1937 and will be 80 years old in October. He was a passionate fisherman as a young man and still maintains a deep love for octopus salad.

Joe emigrated from Malta with his two brothers in 1955 in search of a better life, and quickly fell in love with Australia. He met his future wife Mary at a local dinner dance. They were married in 1958 and moved into their dream home in Thomastown shortly after. He soon became a fan of Australian football, a member of the Lalor Bocce Club and was a proud member of the Northern suburbs Maltese Club. Joe still loves playing Bocce, watching the Collingwood play in the AFL.

Joe has been living at Mayflower Reservoir for 2.5 years, where he loves playing card games, word games and bingo with his fellow residents. Joe has a mild cognitive impairment but that doesn’t stop him getting out and about. He is a regular participant in resident bus trips and also enjoys social outings with his beloved son Patrick, who is a regular visitor at Mayflower.

Patrick clearly adores his father and talks fondly of their early years together often spent around horses. Patrick recalls the thrill of the race track, early morning training sessions, and visits to friends’ farms. He also recalls his very first memory of Joe – and the excitement he felt - when Joe took him to his first James Bond movie in 1977.

A naturally social and exuberant man, Joe continues to be incredibly likeable, and values the many friendships he has formed. He is also a keen music lover, and you will often hear him singing along to his favourite musicians who include Roy Orbison, Johnny Cash, Perry Como, and Tom Jones.