We’d like you to meet Dr Pittock, a climatologist, environmental scientist, and advocate for Australian Indigenous rights, living at Mayflower Brighton.

And that’s not all. Dr Pittock, who prefers to be known as Barrie, is also a published author, husband, father, and grandfather. He is also a Quaker, believing in the rights of all people. 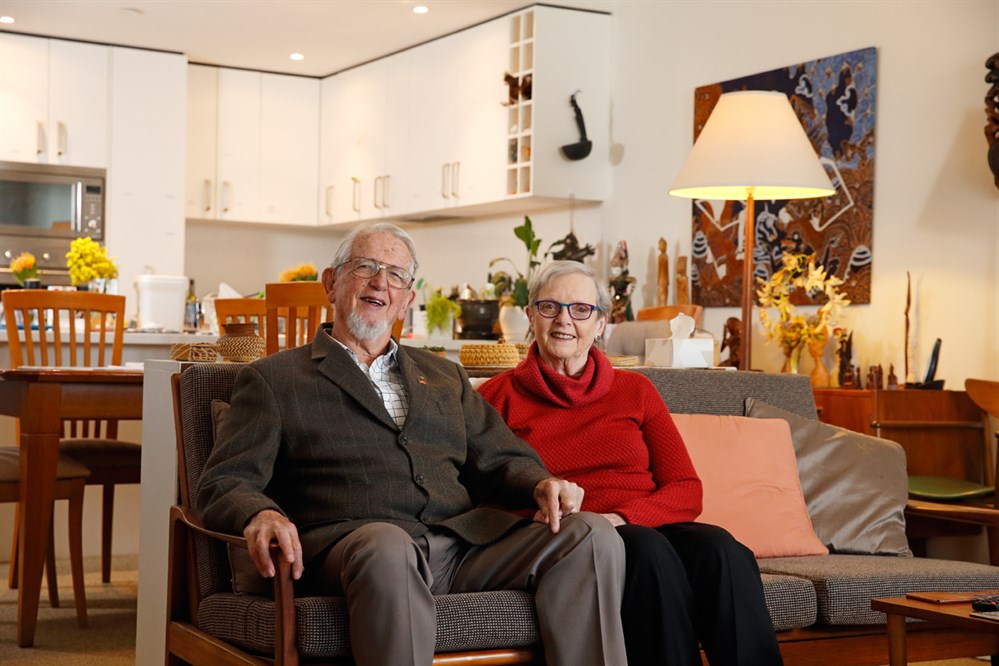 Pictured above: Diana is incredibly proud of her husband Barrie, who shared in a Nobel Peace Prize for his tireless work on climate change.

A humble, passionate, and tireless worker for the community

There are people in life that make a real difference and Mayflower Brighton resident Dr Barrie Pittock is one of those.

Barrie, aged 83, has had a remarkable impact on public life in Australia as one of the country's most prominent long-term activists for indigenous rights.

Awarded an Order of Australia Medal in 2019, he also is a renowned climate and environment scientist, academic, and a wonderful family man.

In 2014 he was diagnosed with Alzheimer's Disease.

He has never lost his passion for life after the diagnoses, and in 2018 took part in a ground-breaking trial to try and advance a cure for Alzheimer's.

"I want to be useful," he told the ABC at the time.

"I wanted to do something that had some practical value to humanity."

Barrie has been doing exactly that his entire life - and more.

One of Australia’s earliest champions of Indigenous rights

A student at Camberwell High School, Barrie showed promise early on in his life where he was crowned runner-up Dux of the school.

His passion for Indigenous affairs started in High School, when few people in Australia were talking about it.

While studying at Melbourne University in the late 1950s Barrie hitch-hiked around outback New South Wales and Queensland, where issues around Indigenous communities became clear to him.

"Aborigines living in fringe communities on the other side of the railway or river, in crowded huts with ten or more in each, had no electricity and only one cold water tap," he remembered in his response to his OAM in 2019.

It was this first tour that would set him on a lifetime ambition to improve the lives of Indigenous Australians.

This included being on the Committee of the Federal Council for Aborigines and Torres Strait Islanders (FCAATSI).

His work at FCAATSI played an important part in the 1967 successful referendum which saw the support of recognition of Indigenous people in the Australian constitution.

He wife Diana is proud of everything he has done to advance the rights of Indigenous Australians, including work around education for remote Australian communities.

In the 1950s to the 1970s, Barrie noticed a trend in Indigenous Australians not attending university, and later discovered it was due to many being unable to complete high school.

"He became active in looking at why Aboriginal kids didn't complete High School, working on it through the decades," Diana says.

While his work in Indigenous rights is one thing, Barrie has also been tireless in another important Australian issue, and that is climate change.

Like Indigenous rights, Barrie saw climate change as a science and an issue early on before the rest of the world took notice.

Between 1965 and 1999, Barrie worked at the Commonwealth Scientific and Industrial Research Organisation (CSIRO), Aspendale Laboratory, which was part of the Marine and Atmospheric Research Division.

He became one of Australia's leading scientists in the climate space, writing several reports and being awarded the 1999 Australian Government Public Service Medal for his work.

“He started writing about climate change in 1970,” says Diana, “he was one of the first people focused on it – and which consequences could evolve.

“We have now seen his research information come to light in the droughts, floods and fires.

Barrie was heavily involved in the Intergovernmental Panel of Climate Change (the IPPC) and was honoured a joined Nobel Peace Prize in 2007 for his involvement.

This was the year that the world really started to take notice about the issues around climate change.

"I spent a lot of time advocating renewable energy, noting particularly its advantages for remote Indigenous communities," he said in 2018.

"Both providing electricity for them and via solar powered hydrogen and ammonia production as an economic resource - both for them instead of diesel fuel - and to export to the rest of Australia and overseas."

Retirement hasn’t slowed him down

Even after he retired in 1999 Barrie didn't slow down, writing three books on climate change.

Barrie’s research and book topics may be serious, with serious potential implications of climate change, but he doesn’t let that effect his wellbeing.

“It doesn’t get him down; he works on and writes how the information can be useful,” says Diana. “He has hope in the younger generations.”

“I am now focused on recyclables and renewable energy resources – and how jobs can evolve along with them,” says Barrie.

“We should be getting with the times and moving on from fossil fuels to renewables,” he says.

Diana says that over his whole life, Barrie has taken his remarkable achievements in his stride and is always humble.

"He is very unassuming person, he worked very hard all his life," she says.

His work is his passion, but so is his family.

The Pittocks have three sons Jamie, Mathew and Chris, and all have followed in their father's footsteps with prominent positions in Australia's scientific community.

“Our boys have all taken Barrie’s science way,” says Diana.

“Jamie, our eldest is a professor at ANU in Environment and Society. Matthew in the middle, is an automation engineer – creating engineering plans for machines to be automated.

“Chris, our youngest son is a plant geneticist – he works for the state government on plant quarantine,” said Diana.

They also have four beloved grandchildren.

Barrie’s passion for the environment, this translates into his family time, too.

“I have always been a keen bush walker,” says Barrie, “we kept to family camping on holidays – visiting the Grampians in September school holidays, and Wilsons Prom in summer.”

And his favourite spots to travel with family?

“We loved going as a family to Lake Bunga near Lakes Entrance to a share house,” he says.

Dr Pittock is truly an inspirational resident of Mayflower Brighton, a man who has made such an incredible impact on Australia and our way of life.

An amazing man who we are proud to say is a resident at Mayflower. 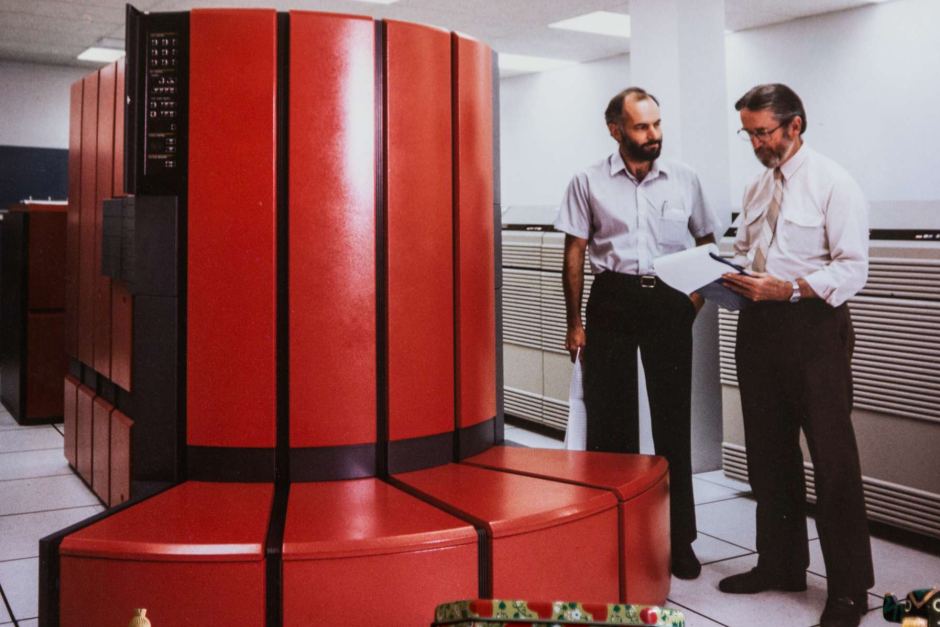 Pictured above: Barrie (right) during his time in the lab.