Dementia doesn't discriminate. Do you?

Dementia doesn't discriminate. Do you?

“Nobody chooses to have dementia, but we can choose how we respond to the people in our lives and in our community who are living with dementia.” 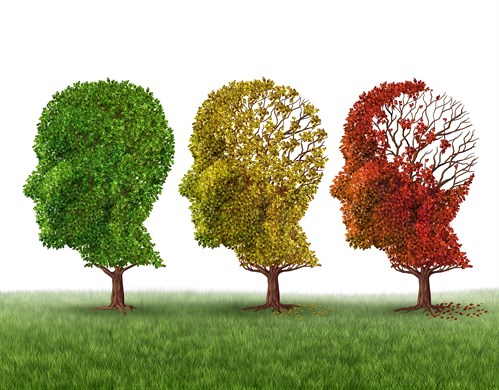 This week is Dementia Action Week, timed to include World Alzheimer’s Day on September 21. This year’s theme is ‘Dementia doesn’t discriminate. Do you?’.

Dementia is the second leading cause of death in Australia. By understanding more, you can develop strategies to help people living with dementia engage and maintain relationships, and begin to reduce the discrimination they experience.

Dementia Australia CEO Maree McCabe says dementia doesn’t discriminate in terms of who is impacted, but people can choose not to be discriminatory in the way they interact with individuals who are living with this chronic condition.

“A person living with dementia might be ignored or dismissed in conversations,” Ms McCabe said.

“Sometimes people without realising will talk directly to the carer as if the person living with dementia is not even there.

“Assumptions might be made about a person’s capacity to contribute to conversations, decision-making, whether they can still drive, cook or even continue to work. Friends and family might stop calling or inviting a person living with dementia to social occasions – not out of deliberate neglect but possibly out of not knowing how to include them.

“Our focus during Dementia Action Week will deepen the enquiry into discrimination and dementia.”

The national body is calling on the community to complete a short survey to help to create an informed, national picture to better understand how discrimination for people living with dementia occurs, within what contexts, and what it would take to shift that behaviour.

The survey can be found here.

Affecting anyone within the population, but more common after the age of 65, there are over 100 diseases that can cause dementia. Dementia is the umbrella term for a number of neurological conditions, of which the major symptom includes a decline in brain function. The most common causes of dementia include Alzheimer’s disease, vascular dementia and Lewy Body dementia.

Vascular dementia is the broad term for dementia associated with problems of circulation of blood to the brain. The most common form of Vascular dementia – Multi-infarct dementia - is caused by several strokes. Often symptoms develop progressively over time due to damage to the outer layer of the brain associated with learning, memory and language. Diagnosis is usually through brain scanning techniques such as CT or MRI scans.

Lewy Body Disease is a common form of dementia that shares many similarities with Alzheimer’s disease. The name comes from the presence of abnormal structures in the brain called Lewy bodies that develop and cause degeneration of brain cells, much like Alzheimer’s disease. The two are similar in many ways and is often difficult to distinguish during diagnosis.

Early diagnosis of dementia can be difficult as symptoms may be subtle. Common symptoms do include memory loss, confusion, personality change, apathy or a loss of ability to complete everyday tasks. Symptoms may develop slowly over time and are often assumed to be part of the normal ageing process. It is essential to consult your medical professional to assist with a diagnosis for yourself or a loved one.

As we age, memory changes are typical and may not necessarily be a symptom of dementia. Recent research suggests that although we go through some changes in memory as we age, this should not affect our everyday life.

We’ve all misplaced our car keys at some point in time, and this offers an excellent example of memory loss and also dementia that is extremely relatable. Forgetfulness is misplacing your car keys by forgetting where you left them. A person with dementia may lose their car keys and also forget that they are used to open their car.

Tips for keeping your memory sharp

Currently, there is no prevention or cure for dementia. However, here are a few tips for keeping your brain fit and memory sharp:

Caring for those with Dementia

Communication is essential for those living with dementia to maintain their identity, so it is vital to stay connected with your loved one, should they be diagnosed with dementia. Language skills and vocabulary can diminish as dementia progresses, but the desire to communicate does not.

“The best way of all to help someone with dementia is to stay interested, stay in touch and let them know they are loved.”

Mayflower’s person-centred care model, places residents and their family at the centre of care, helping deliver lifestyle choices which suit each individual. Our specialised care for residents living with dementia is based on industry best practice principles.

Mayflower’s lifestyle program recognises the individual needs of people who present with various forms of dementia such as Alzheimer’s disease. We endeavour to involve these residents in meaningful everyday activities that stimulate as well as having a calming effect if required.

To find out more about dementia including how to take action visit the Dementia Australia website. 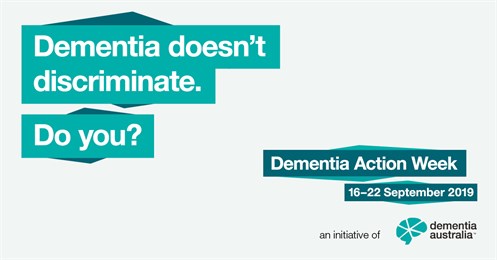