Dancing and movement are good for body and mind. And, thanks to neuroplasticity, it also helps build brain mass and build cognition that truly lasts. 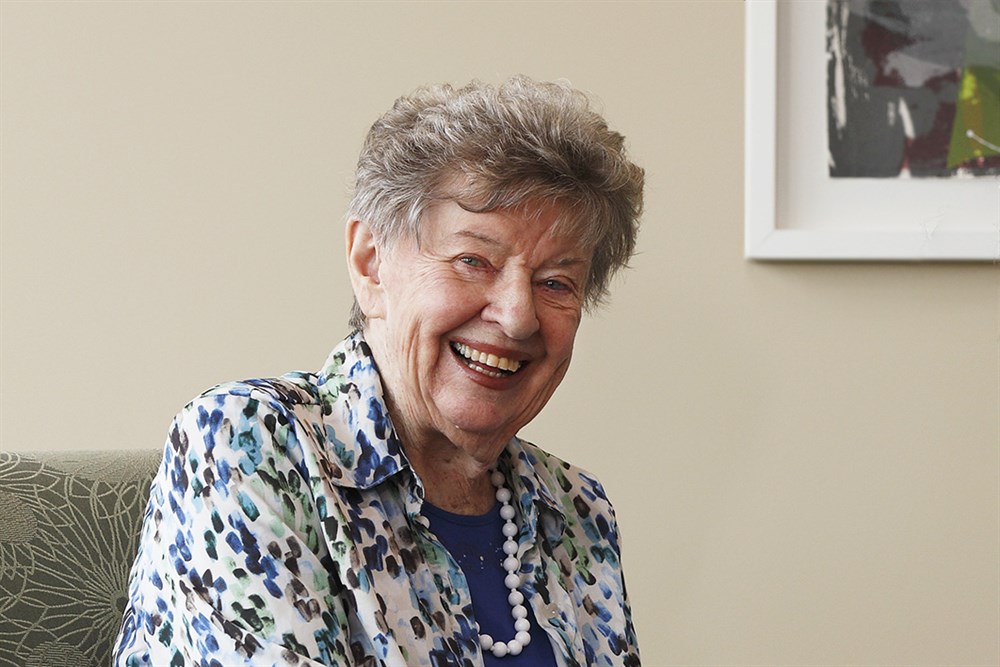 Pictured above: Shirley is well regarded as a pioneer, professor and researcher in Australian contemporary dance.

Dancing gives us a form of unspoken language, that can be expressed through movement and music and uses both creative and literal thinking skills.

By igniting both sides of your brain, you can expand and strengthen its connections for positive brain health.

Shirley McKechnie is well regarded as a pioneer in Australian contemporary dance.

Her incredible career shows us how dancing can inspire and motivate, as well as help prolong youth, keep your mind sharp and squeeze the best out of life.

Shirley has been dancing since the age of 4.

Shirley always knew she wanted to teach dance, and fondly recalls her early years experimenting on her neighbours.

“My start as a choreographer was as a child - bossing the kids next door about their cartwheels. I knew from childhood, dance was the key to life.”

Shirley would go on to learn and teach dance while still in her youth.

Shirley started her own dance company.

Shirley was in her late twenties and happily married to Ken with two young children, Graeme and Gary, when she thought to herself, “I think I’m going to start a dance school”.

The day her school opened; 20 children turned up.

Six years later Shirley’s school had more than 300 students and it was thriving.

But Shirley wasn’t stopping there.

Shirley discovered there was no formal dance degree in Australia. So, she embarked on a mission that would change performing arts in Australia forever.

Shirley received funding to travel across the globe and experience the best dance training the world had to offer.

“I spent months at the famous Julliard, the Universities of Los Angeles in California, Utah in Salt Lake City, Columbus in Ohio and York University in Canada,” says Shirley.

“The three months I spent in New York at Julliard were the most valuable,” she adds, “they had such an incredible academic program – the physiology and anatomy training they delivered were outstanding.”

After completing her research, Shirley developed her dance training curriculum and approached tertiary institutions around Melbourne.

And that is how Shirley started Australia’s first degree of dance at Rusden College in Clayton, which later became part of the well-known Deakin University.

“I put the very first curriculum in Australia together for a 4-year dance degree which gave graduates the qualification they needed to teach as well as dance,” says Shirley.

Dance for body and mind.

Over the years Shirley came to notice that many professional dancers were living long healthy lives.

“I have noticed that many women who run dance companies live to a great age,” says Shirley.

“Martha Hill was still running Julliard in her late 70’s and lived to 95, while Marie Kambant reached more than 100 years, to name just two.”

Many of Shirley’s past students, three of whom remain in close contact today also went onto successful careers in dance and wellbeing.

And these same students, now in their 70’s, have remained fit, lean and sharp minded. Just like Shirley.

Shirley was inspired by her husband’s Airforce career and air aerobatic skills as a pilot. So, Shirley decided she would learn to fly too.

Shirley learnt this impressive skill in her late 40’s, far beyond the years of most of our own ambitions and gained her own pilots license.

“We would fly all over Australia in a 2-seater plane and would cross the dessert,” says Shirley, “and in no time at all I had my own flying license.”

When one door closes.

When Shirley was in her late 50’s, she noticed something changing in her body.

Shirley began losing her balance, and discovered she had a brain tumour. The operation was successful, but it was the end of teaching dance.

This heralded the next stage in Shirley’s life – and the start of a long and distinguished career in research – as a professorial fellow at Melbourne University.

At age 70, Shirley commenced one of her most significant research collaborations - a complex study into 4 dimensional space.

The four dimensions included height, width, depth (like a sculpture) and music as time – and included creativity and cognition in contemporary dance.

“Dance is the rare art that occupies all four dimensions,” explains Shirley, “the purpose of the study was to examine dance as an educational tool.”

Shirley worked with a cognitive psychologist on the study, which lasted 8 years.

The research resulted in her collaborative book ‘Thinking in 4 Dimensions’ which was published in 2005 by the Melbourne University Press.

According to Shirley, the time she spent with both dancers and choreographers during the study confirmed her views on the benefits of dance to the mind.

“I saw for myself that dancing made my mind sharper and contributed to sharpness of mind for everybody,” she says, adding “there’s no doubt about it.”

Shirley has been living at Mayflower Brighton for six years now, and says that the importance of dance for wellbeing remains as relevant as ever.

“Music at our happy hour celebrations can really help lift the spirits of residents by encouraging them to dance,” says Shirley.

Shirley is also amazed at how well the body is programmed to respond to music.

“I’ve seen in a documentary, and found it amazing, how someone with Parkinson’s Disease can be unable to walk, and then suddenly get up and do the tango to perfect time,” she says.

Hats off to Shirley.

Mayflower has many clever and talented residents living in our homes, and we try to tell as many stories as we can.

Over the years Shirley has received numerous accolades for her contribution to the world of the arts. Some of those include a Medal of the Order of Australia in 1987, and two Australian Dance Awards, including one for her lifetime achievement in 2001.

More recently, in 2013, Shirley was made an Officer of the Order of Australia (AO) 'for distinguished service to the performing arts, particularly dance, to the education and development of dancers and choreographers, and to research.'

It is no wonder that Shirley continues to be regarded as Australia's leading dance-educator. 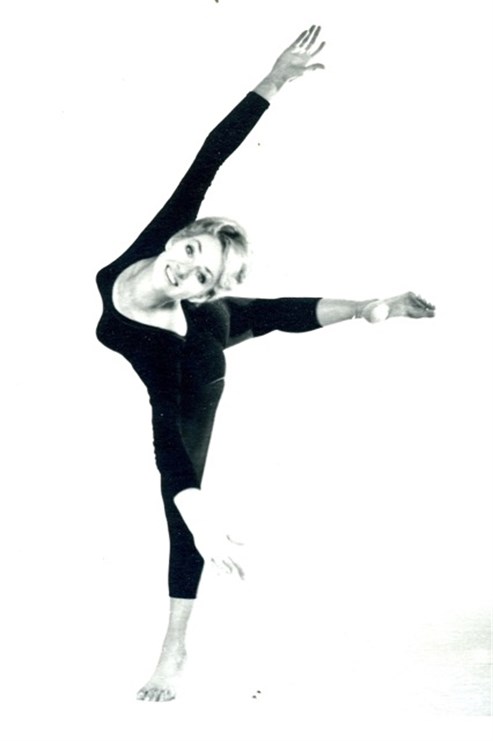 The incredible motion and language of dance, as shown by Shirley above.

Pictured above Moomba Dance Festival 1965 - Produced and Compered by Shirley.