Mayflower resident Nessie Kluckhenn is just a year shy of joining Australia’s growing list of supercentenarians (that’s the 110+ club for those unfamiliar with the term). 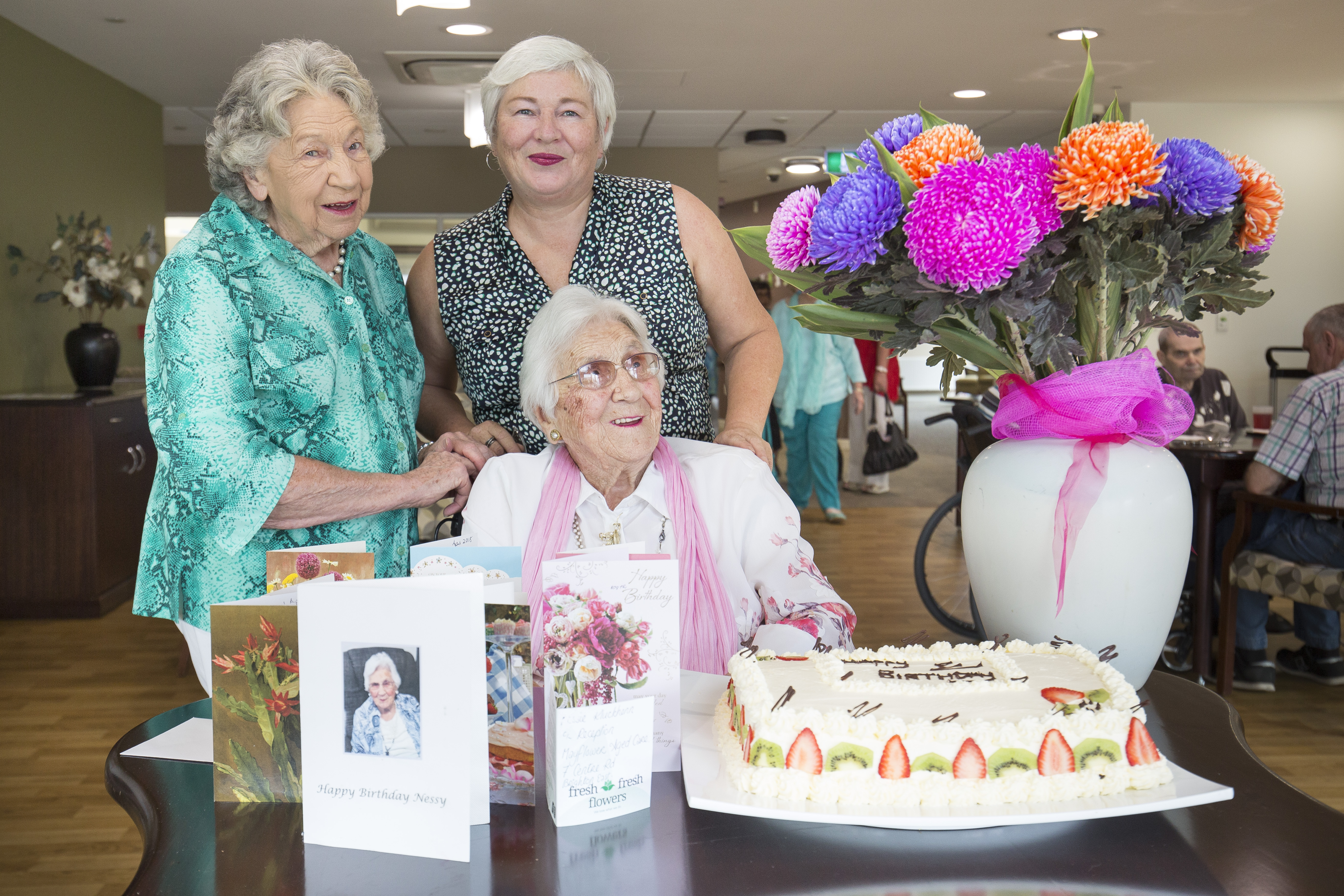 The fiercely competitive Scrabble enthusiast celebrated her 109th birthday with family, friends, and cake on Easter Sunday. Born in 1909, Nessie grew up in Glasgow, experiencing a tough childhood as the oldest of seven during the First World War.

She is happy to chat eagerly about her stint as a nanny to a wealthy family in 1920s New York where she witnessed the start of Charles Lindbergh’s historic solo flight over the Atlantic in 1927 and the collapse of Wall Street in 1929.

A hard worker all her life, Nessie took a job with British Railway during the Second World War, before emigrating to Australia shortly after, where she and her husband picked up a block of land in Coburg for about 50 pounds. Nessie believes moving to Australia was the best thing they ever did.

Her tips for a happy life include a sunny outlook and she is quick to share her motto: “Don’t grieve too long, everything passes.”

These days she is quite partial to bingo and Scrabble, clearly a great prescription for those looking to make it well past their hundredth year.