This week we lost an amazing woman. We mourn her sunny outlook, boundless spirit, and cheeky smile. Our Mayflower community will also miss her enchanting stories laced thick with humour and Scottish brogue. 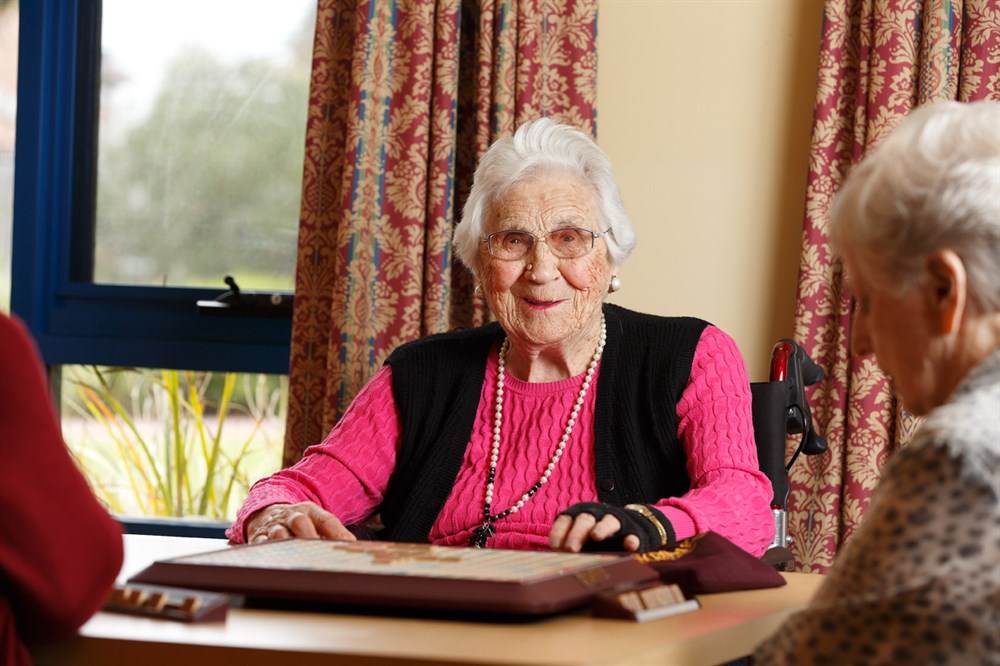 Mayflower is deeply saddened by the passing of one of our most loved residents, Nessie Kluckhenn, who passed away peacefully on November 24 at age 110.

Born Agnes Reid in Glasgow on 1 April 1909, Nessie was the eldest of seven children growing up in difficult times. Nessie saw her father go off to the First World War and then she sheltered from bombs during the Second World War.

Never one to complain, Nessie left school at age 12 to start her first job. As a young woman she worked as a nanny for a wealthy family in New York, where she witnessed first-hand Charles Lindbergh’s solo flight over the Atlantic and the collapse of Wall Street.

Nessie worked on the British Railway during the Second World War, she met her husband and married, before emigrating to Australia shortly after by ship which was the common mode of transport in those times. Upon arrival, Nessie and her husband bought a block of land near Coburg for 50 pounds.

Nessie moved to Mayflower Brighton in 2002, initially in an independent living unit, before entering residential aged care in 2016 at 106 years young. Always the life of the party, she was dearly loved by everyone who knew her.

Nessie was married twice, and while she has no children, she was a devoted "Auntie Ness" to her dozens of nieces, nephews and their offspring who were regular visitors at Mayflower. She was clearly cherished and will be dearly missed. Our staff and residents will miss her too.